If you’ve never come across an ACE spelling dictionary, it is a weird thing. ACE stands for Aurally Coded, so each word is grouped according to sound, so gnome and knife are both grouped as starting with n (as well as appearing in g and k). For me it’s pure genius, but if you can’t remember ever struggling with spelling then it may leave you baffled.

Who uses a dictionary anymore?  They just ask Siri.

True. But your kid would really be using this dictionary to train their ear. Looking up words is just a bonus. Let me explain…

One of the problems with the English Language is the number of vowel patterns we have (ai, au, aw, ay, ar etc. etc.). This can lead a dyslexic to hold their hands up in horror and just try to rely on their eye. But that is like having one arm tied behind their back.

They need to be keying into the sounds in the word they are trying to spell and get them in the right order. Otherwise you get the classic dyslexic spellings with all the right letters but in the wrong order.

Looking up words in this dictionary forces you to focus on the sound it begins with, the first vowel sound and how many syllables it has – all excellent things to practice. 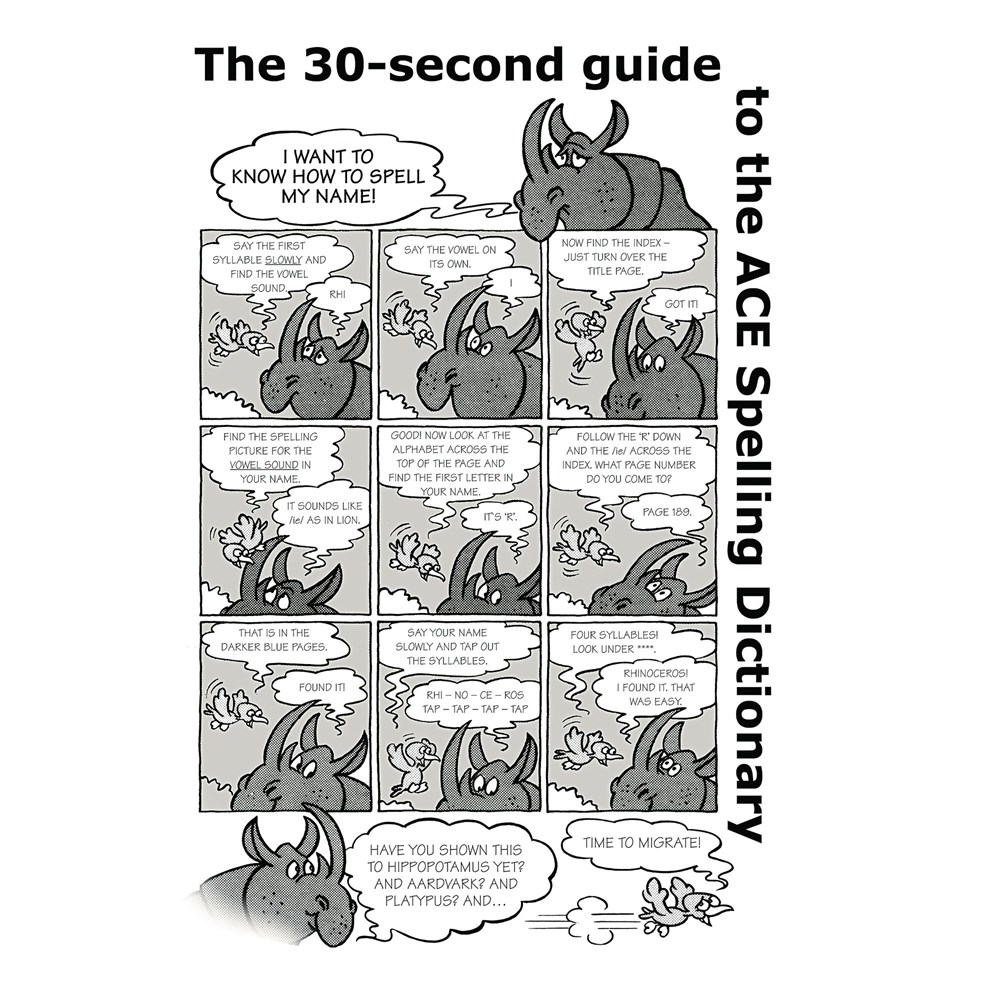 People do argue over how many vowel sounds there are, but the ACE dictionary use just 16 (because it combines oo/you and omits ear, ire, ure etc). 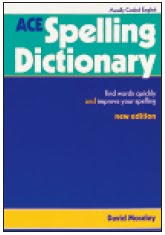 Which version is best?

The advanced version does have more words, so might be good for later on. But I like the older versions which are cheap and the most user friendly, with a nice cartoon to explain how they work:

They make a compact pocket version which I have but don’t like because you have to turn over loads of pages, which gets confusing and too much like a real dictionary.

An ACE spelling dictionary needs a bit of time initially to learn how to use it and some effort to keep getting it out and using it, but I promise it will pay off!

Need a plan to pinpoint exactly how to help?