Because 90% of words in English follow the rules, children ideally need a structured, phonic-based approach to learning to spell.

Click here for my guide to the other three crucial pieces your child needs to solve the spelling puzzle and become a super speller.

The difficulty is that spelling can be deadly dull.  Here are some nice apps and you’ll speed up the process if you also include some surprising free activities to boost their ear but they still need that systematic daily practise.

The question is how to fill in the gaps, help them crack the code and learn the words in letter strings (e.g. age, page, cage, sage, stage, rage, engage) so that they can analogise their spelling (e.g if they can spell pink, then they can spell brink).  Crucially, all without feeling patronised and annoyed!

The best answer I have come up with is touch-typing, ideally using a phionics based programme so that they are learning to type words in groups (e.g. edge, ledge, hedge, wedge).

Step One is to learn the keyboard

There are lots of free places to start, such as BBC Dance Mat (or Doorway Online if they are too cool).  You could try KAZ Type (£19.99 a year), which also has a dyslexia-friendly version.

Step Two is to really master and automatise the keys

It will be vital to keep checking that your child/teen is always using the same fingers to type the same keys, otherwise he will be unable to speed up and automatise this process, as needed.

Once they are solidly using the correct fingers, they might be kept motivated by low cost Typing game apps (such as Type Defender, Aqwertyan, Bubble Typing, Typing JR, Word Burst) using a full-size wireless keyboard.  I like the games at www.freetypinggame.net. 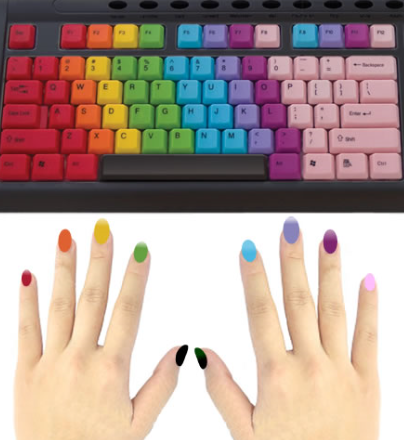 This is the hardest stage, getting them to look at the screen and not at their fingers and to use the correct fingers.  To help, I have found best results from combining three things:

a) writing out the keyboard from memory (this enables you to see which letters aren’t automatised yet and which ones to target).

b) putting different coloured stickers over the keys, so they can see which finger to use, but not what letter that is.

c) temporarily displaying the keyboard next to the screen, so they can look up, rather than down.

Step Three is to get faster and faster, whilst learning to spell all the words

The gold standard is Touch Type Read Spell (£9.99 per month), but I like a cheaper option: Nessy Fingers (£30 per year).  Temporarily, they are offering a two-month homeschooling package, which includes this and Nessy Reading and Spelling as well.

When?
This is muscle memory so it needs to be 5 or 10 mins every day, rather than half an hour once a week.

They can start learning from the age of eight onwards. And it’s worth starting early (if you can) because it takes a few years for most kids/teens to reach speeds of 40, 50 or 60 words per minute. Click here for the average handwriting speeds for each age. NB: This isn’t copying speed, which is approx a third faster.

If they can work this much faster than their peers, think how much easier it would be for them to take their GCSEs and beyond on computer. The current rules are that anyone can use a computer for exams, if it’s their normal way of working, it’s purely at the discretion of the school SENCo or Head of Learning Support – you don’t even need a dyslexia assessment.

I wouldn’t really recommend switching to this way of working all day every day until they are fast and accurate (practice makes permanent, not perfect). I think they really need a muscle memory of most words spelt correctly, otherwise they may end up always spelling those words wrongly.   But just a targeted ten mins a day should get them there.

During the COVID-19 pandemic, I am offering a 10% discount on my tutoring services. Contact me for more information. 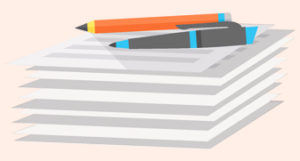